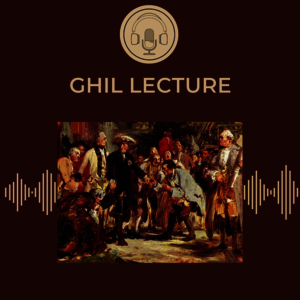 Frederick the Great and the Public Sphere 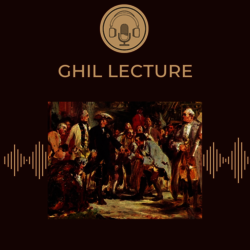 Frederick the Great and the Public Sphere

King Frederick II of Prussia enjoys the reputation of a philosopher king and a major author in his own right. But integral to that reputation is his chequered relationship with an increasingly energetic and volatile eighteenth-century public sphere. This joint lecture explores two key episodes in this history.

Shiru Lim: Frederick II meets the Public Sphere: The Composition and Circulation of the Anti-Machiavel

The Anti-Machiavel (1740) is best known as a manifesto for virtuous kingship. A closer look at how it was composed, published, and responded to, however, sheds light on ways of conceiving a public in Enlightenment Europe. This paper therefore examines Frederick and Voltaire’s collaboration on the work and their attempts to control its immediate reception.

The Anti-Machiavel was read as a straightforward statement of Frederick’s vision of kingship, but it is important to remember that this reaction was deliberately orchestrated by Voltaire. Voltaire bore a large part of the responsibility for shifting the arbitration of political legitimacy out of Frederick’s hands and into European public opinion, and the whole episode prompts us to rethink the dynamics in this most emblematic of relationships between ruler and philosopher.

Shiru Lim is an intellectual historian and a fellow at the Aarhus Institute of Advanced Studies. Her research explores the relationship between knowledge and power, and between intellectuals and the state, focusing on the eighteenth century. She is working on a monograph on Philosophy and Government in Enlightenment Europe: Frederick II, Catherine II, and the philosophes.

The year 1760 began with a publishing sensation in Europe: Frederick II’s Œuvres du philosophe de Sans-Souci, long circulated among a small number of the King’s confidants, appeared in two widely distributed editions in Lyon and Paris. The timing, in the middle of the Seven Years’ War, was not accidental. The French government, Frederick’s enemy in this major struggle, orchestrated the publication of these poems,which exposed the Prussian ruler as an irreverent and irreligious author.

The lecture charts the failure of Frederick’s attempt to maintain control over a circumscribed set of copies and addressees, and his efforts to reverse the reputational damage. As with the publication of his Anti-Machiavel in 1740, the timing and format of the publication of Œuvres du philosophe de Sans-Souci took the monarch largely by surprise.

Avi Lifschitz is Associate Professor of History at the University of Oxford, where he is a Fellow of Magdalen College and Academic Programme Director of the Voltaire Foundation. Having recently edited the first modern English edition of a wide range of Frederick II’s writings (Princeton UP, 2021), he is now working on a monograph on the monarch as a philosopher and public author.